that glorious sunshine today and first signs of the yellow of oil seed rape fields heralds the onset of the hayfever season. You can breastfeed and take antihistamines, steroid nasal nasal sprays and eye drops
www.breastfeedingnetwork.org.uk/hayfever/

Our mental health varies every day and within every day – we move up and down just like a petrol guage. And that is normal. Every day thousands of mothers are worried, anxious, depressed and tired. We need to support them and admit that we can all be affected at some time in our lives.

Support Heads Together www.headstogether.org.uk/about-heads-together/ and check the information sheets for drugs which can be used by breastfeeding mothers with:

or email me wendy@breastfeeding-and-medication.co.uk for information

Fathers and grandmothers of the baby may be the first to notice that a mother may not be her normal cheery self. Dont ignore it, talk about it as a family, help the special mum in your life get help whether it be medication or talking therapy. Life with a newborn is a precious time, be honest about feelings as you will not be alone. Dads can also feel depressed and anxious – you dont have to pretend to be strong.

Let’s talk about mental health and make it normal – then we can move forward stronger www.headstogether.org.uk/about-heads-together/

71% of 500 women who responded to a PHE study,  think breastfeeding will limit the medication which can be taken! So lots of work for me still to do then. Could professionals buy a copy of Breastfeeding and Medication to reassure women?

Statements like this on the NHS site arent going to help – more about manufacturer protecting themselves? Not taking risks? Could be better worded as it just isnt true. Breastfeeding mothers with depression get treated every day and their babies are fine!

The Start for life page https://www.nhs.uk/start4life/breastfeedingto which the chat box  https://www.messenger.com/t/Start4LifeBreastFeedingFriend/  links identifies the BfN Drugs in breastmilk helpine which I run as a resource. But they dont fund it – it is run on a voluntary basis and they didnt ask permission to see if I can deal with additional work. But I will keep doing my best to support mothers who need medication whilst breastfeeding 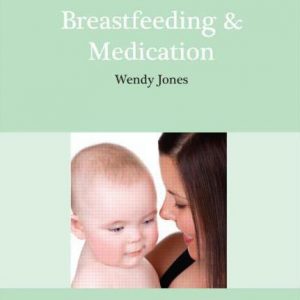 ” Almost three-quarters of women in England start breastfeeding after giving birth but less than half are still doing so two months later, according to NHS and Public Health England data.

PHE recommends exclusive breastfeeding for the first six months, as does the World Health Organisation, because it boosts a baby’s ability to fight illness and infection. But a comparison of initial breastfeeding rates and those after six to eight weeks in the final quarter of 2015 found that they were 40% lower for the latter (44% compared with 73%).

A survey of 500 mothers commissioned by PHE found that fears about breastfeeding among women included that it could be painful (74%), prevent them taking medication (71%) and be embarrassing in front of strangers (63%).

The PHE’s chief nurse, Viv Bennett, said: “We can all help women feel comfortable breastfeeding their baby wherever they are. Creating a wider culture of encouragement and support will help make a mother’s experience all the more positive.”

PHE has launched an interactive breastfeeding friend chatbot, accessed through Facebook messenger, to provide personal support for breastfeeding 24 hours a day. Bennett said it would help women through the “crucial” initial period, after which things generally became easier.

A study published in the Lancet last year found the UK had the lowest rate of breastfeeding in the world, with only one in 200 women breastfeeding their children after they reach their first birthday.

The WHO recommends that breastfeeding form part of a baby’s diet up to two years of age. As well as reducing the likelihood of babies getting diarrhoea and respiratory infections, breastfeeding also lowers a mother’s risk of ovarian and breast cancer and burns about 500 calories a day.

The PHE survey found that many women were not only embarrassed about breastfeeding in front of strangers, but also their partner’s family (59%) and around siblings and wider family members (49%).

The results, published on Thursday, suggested high-profile figures who promote breastfeeding can have a positive influence on other mothers. Just under half of respondents said the example of household names such as The Only Way is Essex star Sam Faiers, broadcaster Fearne Cotton and actor Blake Lively, who have recently championed breastfeeding on social media, had inspired them to do so themselves. About two-thirds (64%) said they felt more confident to breastfeed in public because of celebrity mums.

Other concerns raised by more than half of women were not being able to tell if their baby was getting enough or too much milk and that it could potentially place restrictions on the mother.

Jacque Gerrard, the director for England at the Royal College of Midwives, said: “Any initiative that goes towards helping mothers start and sustain breastfeeding for longer is positive as we know the health benefits from being breastfed last a lifetime.”

email contacts on the safety of drugs in breastmilk

Today alone I have had email contacts from Peru, the Netherlands, USA and Italy. It shows how the problems around breastfeeding on medication are the same all round the world. It is sad that so often breastfeeding mums are told they have to stop breastfeeding in order to be treated for chronic or acute illness – usually unnecesarily and not using evidence based resources

Pharmacists can be as guilty as doctors in being influenced by the companies and inadvertently pass on negative messages about breastfeeding as described in this article Education and training of healthcare staff in the knowledge, attitudes and skills needed to work effectively with breastfeeding women: a systematic review

There are days when I despair at the information provided by my fellow professionals about infant feeding. Come on guys do some CPD on supporting breastfeeding mothers – it is a health issue and can save the NHS millions of pounds a year let alone morbidity and mortality of mothers and children.

Breastfeeding is a natural ‘safety net’ against the worst effects of poverty … Exclusive breastfeeding goes a long way toward cancelling out the health difference between being born into poverty and being born into affluence … It is almost as if breastfeeding takes the infant out of poverty for those first few months in order to give the child a fairer start in life and compensate for the injustice of the world into which it was born.

Preventing Disease and Saving Resources looks at how raising breastfeeding rates could save the NHS money through improving health outcomes.