Most people know of my involvement with BfN Drugline. This is a poster designed to be used publicly to spread awareness of the service 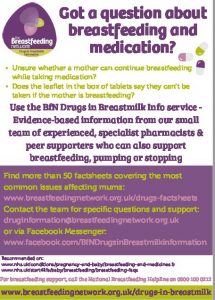 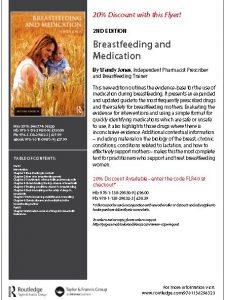 Treating babies with reflux and GORD

It seems form social media that many babies are now being diagnosed and treated for reflux (GORD). Before labelling a baby as having a medical condition it is often useful to seek input from a breastfeeding expert and consideration of the position the baby is in after a breastfeed. Not all babies who throw up need treatment!

treating babies with reflux or GORD

Routledge offering a discount on the second edition of my book. Useful for healthcare professionals who care about supporting breastfeeding or peer supporters who get the questions or parents who want to be informed by the evidence

Sadly our family has recently experienced the tragedy of an ectopic pregnancy and the loss of a very brief dream. This has made me much more aware of the incidence and risk of this condition over and above the post I wrote in April. So some more facts – as my friend commented today I hate to waste any opportunity to educate!

Ectopic pregnancy is a common, occasionally life-threatening condition, that affects 1 in 80 pregnancies. An ectopic pregnancy is when a fertilised egg implants itself outside of the womb, usually in one of the fallopian tubes. Symptoms usually develop between the 4th and 12th weeks of pregnancy. Women with an ectopic pregnancy may still be breastfeeding and wish to continue which can be supported. 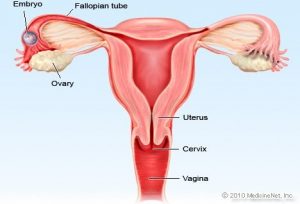 Your GP will refer you urgently to the early pregnancy unit at your local hospital. You may have your Human Chorionic Gonadotropin (HCG levels) measured over a period of several days. If you are having a normal pregnancy these should double approximately every 48 hours. A smaller increase can indicate a risk of  of this being an ectopic pregnancy but this will be confirmed with ultrasound scans, initially across your tummy. It is likely that a transvaginal (internal) ultrasound scan will be required where a specialised probe is placed into the vagina to get a more detailed look at the reproductive organs.

Unfortunately, if it is confirmed over a period that you have an ectopic pregnancy it is not possible to save the pregnancy and it must be removed either by surgery or the use of methotrexate. The cells have not been able to be nourished and can never develop into the baby you thought you were expecting which can be hard to deal with.

In a few cases, an ectopic pregnancy can grow large enough to split open the fallopian tube. This is known as a rupture which can be very serious, and surgery needs to be carried out as soon as possible.

Signs of a rupture include a combination of:

Mothers who are currently breastfeeding an older child can continue 24 hours after the methotrexate is administered.

“It is apparent that the concentration of methotrexate in human milk is minimal, although due to the toxicity of this agent and the unknown effects on rapidly developing neonatal gastrointestinal cells, it is probably wise to pump and discard the mother’s milk for a minimum of 24 hours post dose if given as a single dose (e.g. 50 mg/m2 IM for ectopic pregnancy)” (Hale 2018).

Infant Monitoring: Should patient resume breastfeeding more than 24 hours after the last dose of maternal therapy, monitor the infant for vomiting, diarrhoea, blood in the vomit, stool or urine. Lab work could be drawn if clinical signs of liver or renal dysfunction, anaemia, thrombocytopenia or an inability to fight infection.

Lactmed reports a study of one mother who was given a single intramuscular dose of 65 mg (50 mg/square meter) of methotrexate for ectopic pregnancy. Six milk samples were obtained from 1 to 24 hours after the dose. Methotrexate was undetectable (<22.7 mcg/L) in all milk samples (Tanaka 2009). In some 20% of cases more than one cycle of methotrexate is required to expel the products of conception. For each cycle breastfeeding should be avoided for 24 hours.

For more information on methotrexate administration, side effects and monitoring see www.ectopic.org.uk/patients/treatment/

After surgery breastfeeding can continue as normal as soon as you are awake and alert. If your nursling is unable to stay in hospital with you, you may need to express to avoid engorgement/blocked duct and to maintain your supply. Your expressed milk can be given to your baby at home. There is no need to pump and dump.