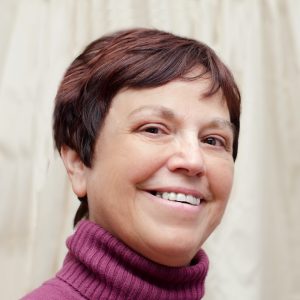 I have been a Community Pharmacist for over 40 years. I have also worked as a Practice Support Parmacist for NHS Portsmouth and an Independant Pharmacist Prescriber running clinics on  Cardiovascular Disease, Obesity and Smoking Cessation.

In 2011 I decided that the time had come to concentrate where my heart lies, so I  chose to leave work and  and to concentrate on activities related to Breastfeeding and Medication. This in itself is proving to be a full time
activity.

In addition to this website,I have been finishing off a book on the subject, working on the development of E-Learning materials and information for GP’s, Pharmacists, Midwives, Health Visitors and not forgetting Mothers.

This new focus has also given me more opportunity to respond in real time to queries about the safety of drugs in breastmilk.

HOW I BECAME INVOLVED IN BREASTFEEDING

I breastfed my first daughter in the early 80’s when breastfeeding support was not at it’s best. It was my mother’s support and encouragement that enabled me to feed successfully. Following the birth of my second daughter, the midwife invited me to talk to the next ante-natal group about breastfeeding. This led me to join NCT and later became a founder member of BfN.  I trained as a breastfeeding counsellor/supporter and later became a tutor and trainer.

Although I am no longer engaged in ‘hands on’ Breastfeeding support, through my work on the drugline, I frequently talk to women about their breastfeeding experiences.

Because of my interest in breastfeeding and background in pharmacy, in 1995 I was asked to update a short A4 leaflet on various drugs taken by breastfeeding women. This rapidly expanded and became a 30 page compendium on ‘Drugs in Breast-milk.

Having naively included my home telephone number, I was unprepared for the large number of requests I was to receive. A year later this led me to more research into the subject which lead to a PhD, awarded in 2000.

During this time, BfN provided funding for a dedicated phone line for Drugs in Breastfeeding . From small beginnings 16 years ago, my interest grew into regular support activities, training, lectures and the opportunities to meet the International experts in the field such as Tom Hale, Jack Newmann and Adrienne Einarson and the rest of the Motherisk team in Toronto.

So what qualifies me to provide information on the safety of drugs in breastmilk on this
website?

My final leap into academia was to become an Independent Pharmacist Prescriber and I have run clinics in smoking cessation, weight management and cardiovascular disease.